To help all our amazing Qkids teachers out there know more about Chinese New Year and what customs your students will be experiencing during this special time, the Coaching Team has prepared a presentation for you all on the teacher app and here on the Qkids blog. Stay tuned for our upcoming social video about Spring Festival!

With black or golden characters written on red paper, Spring Festival Couplets are composed of a pair of poetry lines vertically pasted on both sides of the front door and a four-character horizontal scroll affixed above the doorframe. Pasting couplets expresses people's delight in the festival and wishes for a better life in the coming year. 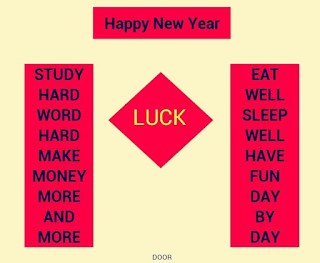 Chinese New Year Paper-cuts are cut-outs normally on red paper, often used to decorate doors and windows, they are referred to as chuāng huā (窗花), window flowers or window paper-cuts. People paste the paper-cuts to the windows so the light will shine through the negative space of the cut-out. Typical designs for Chinese New Year paper-cuts include fish, which means “money will be plentiful”, the Chinese characters for lucky, and the animal from the corresponding year of the zodiac. 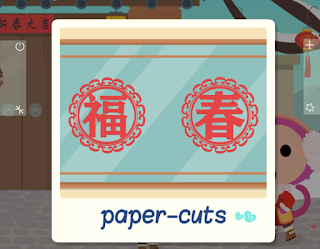 An important activity during the Chinese New Year is Pay a New Year Call (bài nián 拜年).On the morning of the lunar New Year's Day, people get up very early and call on others by phone, email or visit others' houses. The younger generation should call on their elders first, such as the grandparents and parents, wishing them "good health" and "long life". After that, people call on their relatives, friends and neighbors. 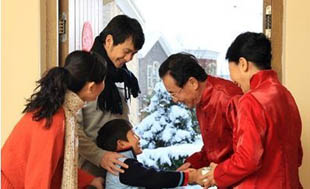 Red packets are red envelops with money in it, as gifts presented at Chinese New Year. The red color of the envelope symbolizes good luck and to ward off evil spirits. Red envelopes are usually given out to unmarried members of the next generation, regardless of the receiver's age and income. 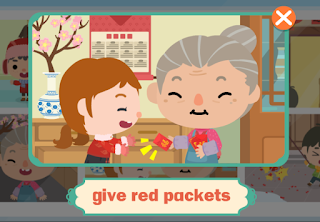 This is the electronic version of red packets or red packet as mobile payment such as Wechat pay and Alipay becomes widely used in China today. It saves the trouble of getting cash and purchasing the actual envelope. The amount of money may have special meaning associated with it, such as 8 that sounds similar to the character fa that means making large fortune. 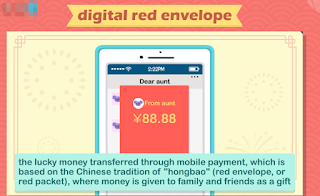 This is the Chinese character that means luck that's written in gold or black ink on a piece of red square paper. It's normally pasted upside down on a wall, door, or window, symbolizing the welcoming of the arrival of luck (fú dào, 福到) 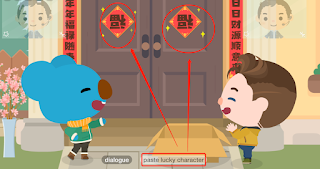 During Chinese New Year, it's also the season for the peach flower to bloom. People buy branches
of peach blossom and place them in beautiful and valuable vases as new year decorations because the plant is considered sacred in China. 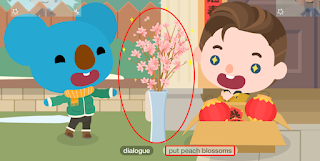 There you have it, Chinese New Year and some significant items and customs that accompany it. All that is left to say is Happy New Year and we wish you the best of luck in the Year of the Rat!

Shaping the future of E-learning together! Helping Qkids family grow in your own way! 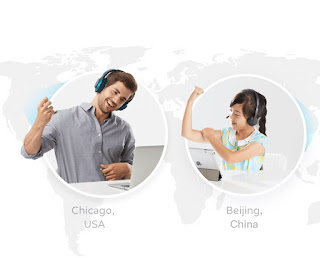